Which earphone is best for health?Wired or wireless?

What exactly happens when we use wireless earphone. It produces radiation whereas

wired produces very less or no radiation as compared.

Wireless like Bluetooth or something else technology uses radio-frequency.

A type of non-ionizing radiation such as microwave. But we can say this is not dangerous.

Since there is no adverse effect of Radio-frequency have been shown from a radio receiver or transmitter so called base stations.

When we turn on Bluetooth of phone. It becomes Radio Wave signal transmitter and send to the wireless earphone which makes itself a Radio Wave signal receiver.
But it produces of low voltage so that it cannot interfere with the other wireless connections.

Based on public concern on health WHO in 1996 established International EMF( Electromagnetic Field) Project to find the possible health effects of EMF. Which was in the range of 0 to 300 Ghz.

We may be safe if we use devices in this limited range of or below.

WHO clarified that a large number of studies have been made over the last two decades to judge whether mobile phones pose health risk, they didn’t find any adverse health effects caused by mobile phones.

Many countries have recommended measures to minimize exposure to their citizens. Examples of the recommendations are:

Use hands-free to decrease the radiation to the head.
Keep the mobile phone away from the body.
Do not use telephone in a car without an external antenna.

You may not need to be worry since about all the harmful effects caused by radiation are produced by wifi not Bluetooth because too a harmful but produces weaker signals. 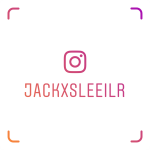 2 thoughts on “Which earphone is best for health?Wired or wireless?”

You may have missed

How to know if Maulana Wali Rahmani’s death is due to coronavirus vaccine?